Second part of a mini-series about LED technology written by Angela Fedele, an industry journalist for Sourceable.

This part focuses on alternative energy efficient light sources. We believe that other electric lighting technologies such as linear fluorescent, metal halide, etc. are still relevant and usable in certain applications. Daylight should also be considered and be incorporated into the design where possible. LED might not be the answer to all lighting applications, not yet anyway, until its issues are addressed.

We hope you find the article informative and enjoyable. 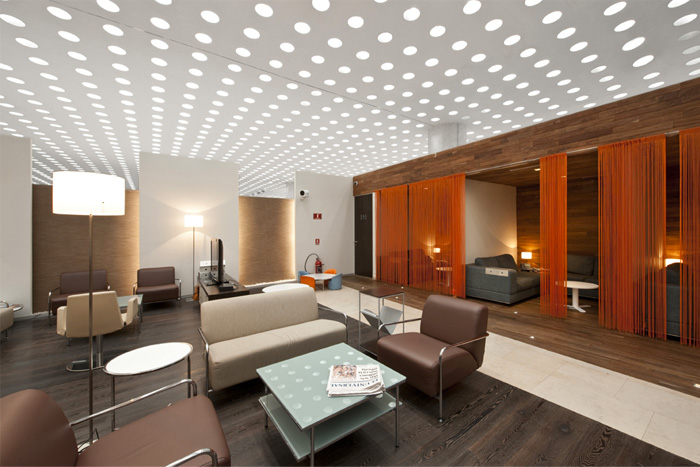 LED lighting is booming in popularity, and stands as one of the fastest developing technologies in the lighting sector.

There are limitations to LEDs, however, including their thermal properties, expensive production and costly maintenance.

Kevin Dinh, a partner at boutique light firm Light-Box Studio in Melbourne, has noticed a strong trend toward LED lights.

“LED seems to be the magic word associated with energy saving and long lasting lamp life at the moment,” he said.

He noted, however, that architects and designers need to be diligent with their light sources, with three options standing out.

“There are other electric lighting technologies that are, we believe, still relevant and still have their own use in certain applications,” Dihn said. “For example, linear fluorescent light is still energy efficient and effective in office and task lighting applications; metal halide is still usable in large area lighting and road lighting.”

Peter Raynham of the Bartlett School of Graduate Studies and the Society of Light and Lighting said LEDs are expensive to produce and maintain.

“The fact that LEDs are expensive and difficult to make is perhaps just a reflection of where we are in the current state of LED technology; it is likely that, in future, LEDs will be both easier and cheaper to make,” he said. “This will solve a lot of problems but, for the present, my feeling is that they do not quite have the edge on linear fluorescent lamps when it comes to office lighting.”

In recent years, architects have been opening building envelopes through atria, skylights and floor to ceiling windows, allowing natural light to flow inside and minimising the need for artificial lighting.

“Daylight can be harvested in a numbers of ways such as directly through glazed windows/ façades, atriums, light wells or through the use of light shelves, solar tubes, and solar reflective mirrors to redirect into the internal spaces,” Dinh said.

Daylighting also provides heat in cold weather, though in summer, glazed windows and curtain walls may be required to keep temperatures down.

Along with energy savings, natural daylight has also been linked to improving human health and well-being.

According to Ali Sayigh’s 2013 book, Sustainability, Energy and Architecture: Case Studies in Realising Green, “natural changes in daylight synchronise and reinforce the body’s circadian rhythms, which help determine sleeping and eating patterns, brain wave activity and hormone secretion to affect a cascade of responses throughout the human body.”

Sayigh notes that “optimised daylighting increases the quality, economy and sustainability of buildings” and that horizontal skylights are the most efficient for daylighting “because they face the full sky’s hemisphere of 180 degrees receiving relatively high luminance from its zenity.”

“Circadian rhythm electric lights, which change colour temperature according to time of the day to mimic the natural daylight cycle (cooler, bluish in the morning, warmer in the afternoon, and cool white at twilight), have also been considered,” Dinh said. “Studies have shown that (these lights) can be used to aid sleep/wake cycle in nursing homes and hospitals or improve concentration in education facilities or be beneficial to areas where access to natural daylight is limited.”

The Drift Light, a self dimming light bulb, was designed to mimic the natural daily occurrence of sunset while “promot(ing) relaxation and an increase in melatonin.”

It moves away from the “bluer” light commonly associated with LEDs, which has been linked to surpressing melatonin.

Daylighting is best for the environment

A 2013 case study by the University of North Carolina entitled The Visibility of Research highlights the benefits of mimicking a natural environment for a building inhabitants. Doing so can lessen symptoms of dementia in the elderly, help patients concentrate and improve sleeping patterns.

“Maintaining circadian rhythmicity in a postindustrial society is becoming increasingly difficult for a culture that spends a disproportionate amount of time indoors in artificially illuminated environments facing electronic screens that largely emit light in the blue spectrum,” the report states.